’90s Bollywood outfits that still give us nightmares &nbsp

The ‘90s was an era that all Bollywood fanatics remember. Innumerous new faces faced the camera and made a mark. However, some stayed while some faded. Apart from the multitudes of songs, there were many trends in the form of different genres of cinema, music, controversies, fashion and makeup that had seeped in and temporarily became a trend. Specifically talking about fashion trends in here, we often see a return in many Bollywood ‘90s styles. However, there were some, we wish never existed in the first place.

From over-accessorising to blings to glitters to overtly colourful attires, there were uncountable fashion faux pas moments that still give us nightmares. Well, it would be worth mentioning that attires such as those might not have been fashion blunders then, but if we look at it from the 2020’s fashion preferences, it would be best to not take cues from it! So without further ado, let’s straight away get to the point:

Gown with a crown and gloves

This outfit worn by ‘90s superstar Madhuri Dixit had oddly-placed roses all over the dress and leaves designed haphazardly all over it. The actress over-accessorised her attire by wearing rings and bracelets over her gloves! Well, that wasn’t all for the look was further accessorised with a necklace and danglers. 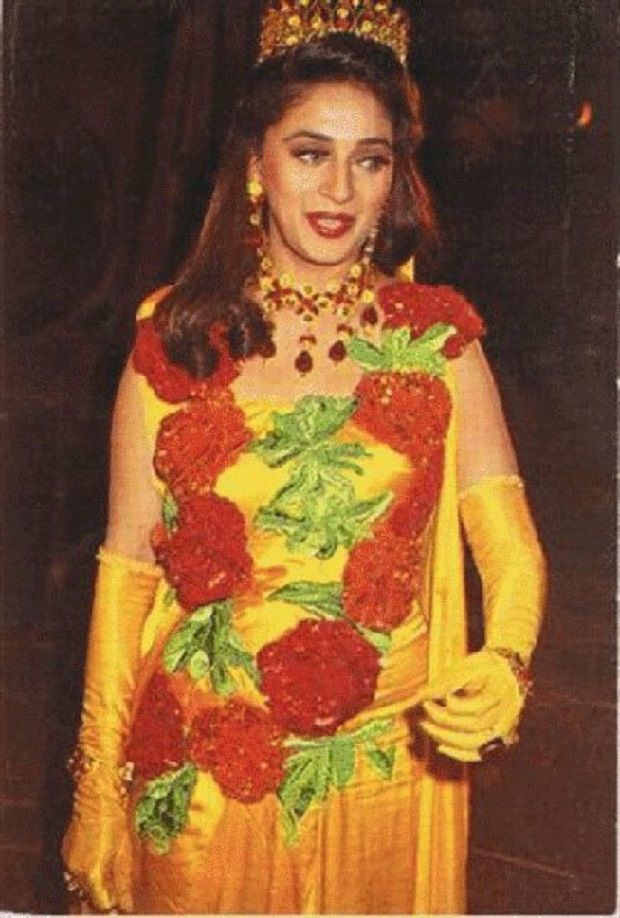 Karisma Kapoor was one of the ruling actresses of the ‘90s. From her overtly curled hair to bejewelled and gaudy outfits, some of the sartorial choices that she sported back then still continue to haunt us! 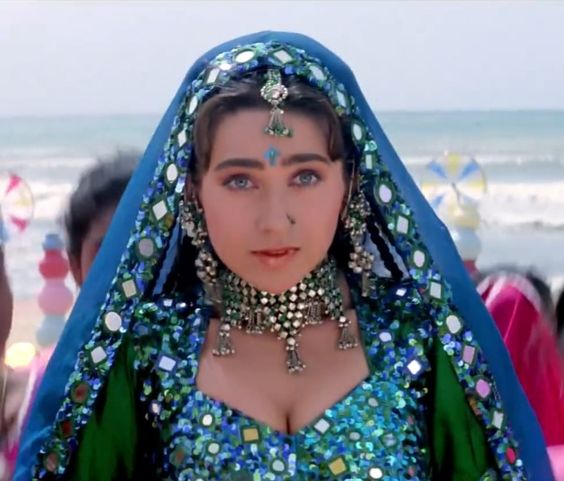 Sanjay Dutt’s fashion sense would often be a topic of discussion back in the ‘90s for it was all things carefree and wild. However, the actor went a mile ahead with this white vest and denim that was ripped from all corners. An okay-ish attire if you want to just pose for a photo. A faux pas-worthy combo if you are looking forward to making a fashion statement. 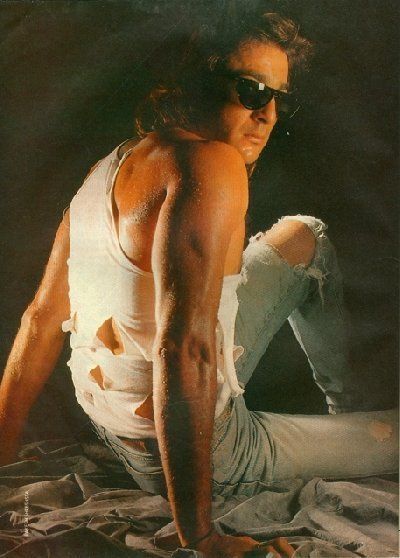 Rekha is pure beauty but some of her fashion choices during the ‘90s weren’t that impressive. The actress would often be sported wearing extremely glossy lipstick, glasses, fake blonde hair along with not-so-suitable attire combinations. Here’s a glimpse: 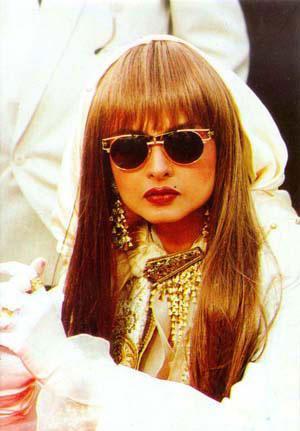 Akshay Kumar might surely be termed as one of the best-dressed actors now but that wasn’t the case back in the ‘90s. One of the photoshoots of the actor, wherein he was wearing a half-laden dungaree, with a transparent black-based sheer T-shirt layered over it as his chest hair showed, surely gave the right amount of fashion disaster cues. 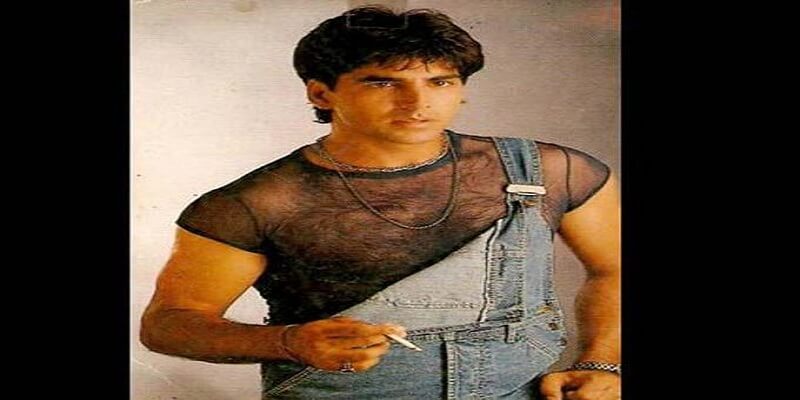 Which ‘90s outfit did you find completely nightmare-worthy? Let us know!

Why Covid-19 cases in India may increase in winter. All you need to know – india news

A walk through the energy powerhouse’s cinematic journey

Anupam Kher thanks coronavirus warriors for their service