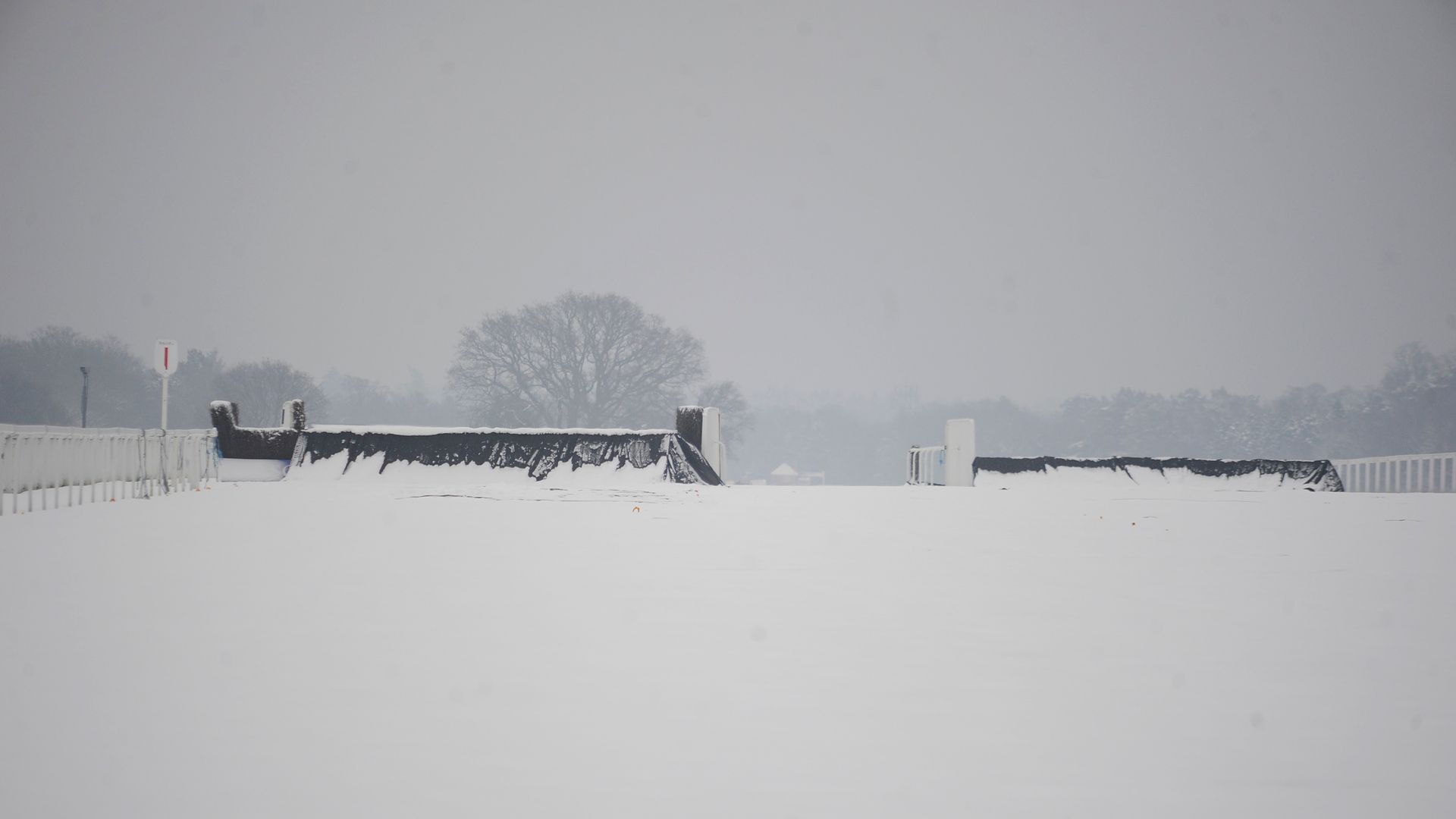 Friday’s meeting at Huntingdon is the latest fixture to fall foul of the weather due to waterlogging.

The Alconbury brook which borders the course has burst its banks. A precautionary inspection for 4pm on Thursday was initially called just before 8am, but not long after 11am it became apparent racing would not be possible.

Clerk of the course Jack Pryor said: “Unfortunately the brook has burst its banks and as a result the meeting cannot go ahead as the course is flooded.

“The brook bursting is quite a regular occurrence as we are on a flood plain.”

Pryor is also clerk of the course at Market Rasen, who are due to race on Saturday and as yet no problems are anticipated.

“It’s not too bad there. I’ve called it soft, heavy in places this (Thursday) morning, but rain is forecast so it could deteriorate a little bit,” said Pryor.

“At the minute we’ve no concerns.”

Thursday’s North Yorkshire Grand National meeting at Catterick had to be abandoned due to snow.

Officials called a precautionary inspection for 7.30am due to the threat of snow overnight, and clerk of the course Fiona Needham arrived to a wintry scene.

With snow continuing to fall, Needham had no option but to call off proceedings at around 6.30am.

She said: “The snow came in the small hours, I think. We had a covering when I got here just after 5.30am and I was thinking ‘if this turned to sleet, it might go’. Unfortunately, as I went to walk the course, the snow just got heavier and heavier.

“It became obvious the snow wasn’t going anywhere. It’s disappointing, but it is what it is.”

The are no worries at Warwick ahead of the Classic Chase meeting on Saturday.

Clerk of the course Jane Hedley said: “Based on the current forecast we’ve no concerns.

“We’re soft heavy in places at the minute and we’re expecting a bit more rain or maybe sleet, but nothing that should lie – we don’t think.

“Friday is dry, but we are due some rain on raceday, which is annoying more than anything so there’s every chance we could have heavy ground. But it’s not forecast in volumes that concern us.”

Lingfield’s National Hunt meeting on Monday has been called off following a Thursday inspection.

The situation was bleaker still ahead of Newcastle’s meeting on January 20, where the course was partially frozen, waterlogged and under snow. A noon inspection was called, with the inevitable outcome confirmed shortly afterwards.

Boston sports fans better buckle up, it's about…