There have been no legitimate claims that poll watchers were not able to observe counts in Michigan, or that the illegal counting of ballots ever took place.

In Detroit, one vote-counting site did cover its windows the day after Election Day because, as an election official said, poll workers inside had expressed concerns about people taking unauthorized photos and videos of their work.

Additionally, no evidence has been presented that postal workers hand-stamped ballots with the previous day’s date. But even if it had, it would not change the election results in the state: Michigan law states that mail-in ballots “must reach the clerk or an authorized assistant of the clerk before the close of the polls on Election Day.”

Wisconsin election law requires a copy of acceptable photo ID in a voter’s first absentee application by mail. But voters who are “indefinitely confined” because of illness or disability do not need to provide a photo ID with their absentee ballot requests, and their signature on the ballot satisfies the photo ID requirement — a law that the Wisconsin Supreme Court upheld last month.

The State Supreme Court also ruled that it was up to each voter to decide whether they qualified as indefinitely confined, including in relation to being confined because of the pandemic.

The state law “requires that each elector make an individual assessment to determine whether he or she qualifies as indefinitely confined or disabled for an indefinite period,” Chief Justice Patience Roggensack wrote in the majority decision.

In a lawsuit, the Trump campaign objected to “Democracy in the Park” events held in Madison, Wis., where election officials collected some 17,000 completed absentee ballots, arguing that this was illegal and tantamount to early voting. A court in Wisconsin rejected that argument, noting that the Trump campaign was essentially asking to disenfranchise voters and that it did not object to the well-publicized events until after the president had lost the election.

Soon after a pro-Trump mob stormed the Capitol on Wednesday, members of the far right began pushing the unfounded claim that the mob was made up of liberal activists only posing as Trump supporters.

Several posts on social media shared by thousands of people held up photographs as evidence that supporters of antifa — a loosely organized collective of antifascist activists — were behind the unrest. The far right website The Washington Times published an article that said two men seen in photos from inside the Capitol matched two antifa members from Philadelphia.

But those images did not, in fact, reveal antifa involvement. Instead, some of the photographs, and the information contained in them, were matched to an antifa site intended to expose known individuals in the neo-Nazi movement. 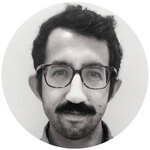 There is no evidence that Democrats enlisted noncitizens to interfere in the elections last year. After bringing some 60 lawsuits, and even offering financial incentive for information about fraud, President Trump and his allies failed to prove definitively a single case of illegal voting on behalf of their opponent in court, including any cases of undocumented immigrants casting ballots.

Top election officials across the country contacted by The New York Times after the November election said that there was no evidence that fraud or other irregularities played a role in the outcome of the presidential race.

A 2017 analysis by New York University’s Brennan Center for Justice based on information from local election administrators found that noncitizen voting in the 2016 election was exceedingly rare.

It’s true that Democratic lawmakers have objected to counting a state’s electors after the elections of Republican presidents in 2001, 2005 and 2017, but none did so in 1989. Moreover, Ms. Stefanik is neglecting to mention that the objections were overruled in 2001 and 2017. And unlike President Trump, the losing candidate in all three years had already conceded, making the objections largely symbolic rather than part of a concerted effort to block or overturn the result.

An objection must be made and signed by both a member of the House and the Senate. In 2001 and 2017, the objecting House members were unable to find a senator to co-sign, and were overruled by the presiding chairs at the time, Vice President Al Gore and Vice President Joseph R. Biden Jr. In 2005, two Democrats serving in Congress at the time — Representative Stephanie Tubbs Jones of Ohio and Senator Barbara Boxer of California — objected to counting Ohio’s electoral votes. The two chambers then convened debate and rejected the objections.

In Georgia, there are two signature matches required by state election law for absentee ballots. The first is when a voter requests an absentee ballot and signs the application. The second is when voters sign the outer envelope for the ballot. At this point, the signature is checked against the absentee ballot application and voter registration. No signature matching is required during the audit or recount process. It could be ordered by a court, but Georgia’s secretary of state, Brad Raffensperger, a Republican, said there was no basis to conduct such an audit.

Mr. Hawley was referring to Act 77, which Pennsylvania legislators passed in 2019. He argued on Wednesday night that the act had violated “a state constitution that has been interpreted for over a century to say there is no mail-in balloting permitted, except in very narrow circumstances that’s also provided for in the law.”

The courts have not ruled on the constitutionality of Act 77; the Pennsylvania Supreme Court rejected a postelection challenge on the basis that it was filed too long after the law was enacted. But legal experts have broadly rejected Mr. Hawley’s argument, and the Pennsylvania Constitution says that the state’s elections may be conducted “by ballot or by such other method as may be prescribed by law,” indicating that the legislature has the authority to authorize new voting methods.

Steve Vladeck, a University of Texas constitutional law professor, said Mr. Hawley was essentially claiming that by changing state law, Pennsylvania legislators had violated the state constitution and, in turn, violated the United States Constitution. That is a “crazy argument,” Professor Vladeck said. “It’s not just frivolous; it would turn the Constitution on its head.”

Mr. Hawley also did not mention that Act 77 passed with overwhelming bipartisan support. In fact, most of the opposition at the time came from Democrats who disliked an unrelated provision in the bill. Republicans did not object for months after it was enacted, until it became clear that widespread mail-in voting could benefit Democrats in the presidential election.

Shortly after the Nov. 3 election, officials in Maricopa County — home to a majority of Arizona voters — conducted a hand audit of four vote centers. (The county used a new system in the 2020 election that permitted residents to vote in person at any voting location in the county, rather than being limited to their home precinct.) Auditors representing the Republican Party, the Democratic Party and the Libertarian Party chose the centers, and volunteers manually counted the ballots cast at those centers and checked that they matched the machine counts. They did.

Mr. Toomey was referring to members of Congress who invoked “the 1877 precedent” in calling for a 15-member commission to audit the election results.

In the 1876 presidential election, the Democratic candidate, Samuel J. Tilden, won the popular vote, but the Republican candidate, Rutherford B. Hayes, ultimately won the Electoral College in a compromise that ended Reconstruction and that several Republicans have cited as a model for the 2020 election.

An essential difference between the two elections, as Mr. Toomey said, is that in 1876, three states — Louisiana, South Carolina and Florida — sent competing slates of electors to Washington. In such a situation, Congress is explicitly tasked with resolving the dispute and determining which slate to count. This year, there are no competing slates.

President Trump and his supporters in Congress repeatedly draw from the conspiracy movement QAnon, which has pushed false claims about election fraud. Mr. Gosar repeated one such claim on Wednesday, alleging without evidence that Dominion Voting Systems, a company that makes software to help local governments run their elections, would enable someone to change votes.

Dominion Voting Systems has forcefully denied that its software could be used to “switch” or “delete” votes. There is no evidence that any voting system used in the United States, including the machines with Dominion software, allows a person to delete or changes votes, according to the federal agency that oversees election security. But QAnon adherents have continued to push the unfounded conspiracy theory.

QAnon originated in 2017, centering on the baseless notion that the country is run by a Democrat-led cabal of pedophiles whom President Trump is bringing down. As the movement has grown, it has promulgated other conspiracy theories.

Mail-in voting has become a common talking point among President Trump’s supporters falsely claiming it contributed to widespread voter fraud, including on Wednesday, when Representative Jim Jordan, Republican of Ohio, brought it up. But there is little evidence to support their statements.

In March, Mr. Trump began making false claims about mail-in voting in tweets that inaccurately stated that there were “big problems and discrepancies” with mail-in voting, and that people could vote multiple times by mail.

In the weeks following the 2020 elections, the president and his supporters expanded their claims to nearly a dozen states. The claims falsely stated that people had voted in the names of others, including their spouses, dead relatives and pets, or that mail-in votes had been switched or miscounted by election officials.

Audits across the United States have not turned up cases of widespread voter fraud, or of vote switching by mail-in voting. In a handful of cases, people were discovered attempting to fraudulently vote in the names of others, but were stopped by election officials. In Pennsylvania, officials discovered that a man had unlawfully voted for Mr. Trump in the name of his deceased mother. The man is facing charges and could spend up to 19 years in prison if convicted.

Election officials have repeatedly stated that mail-in voting is safe. A database maintained by the conservative Heritage Foundation found 193 convicted cases of voter fraud between 2000 and 2020, during which roughly 250 million votes were cast.

Courts have rejected Mr. Scalise’s interpretation of election law. The Constitution gives state legislatures the power to choose their electors, but does not stipulate how they must do it. In Arizona, the legislature has delegated the authority to run elections to its secretary of state.

In Wisconsin, Mr. Trump’s campaign argued in court that the state had violated his rights through how it conducted its elections. A federal judge in Milwaukee, a Trump appointee, dismissed the case last month.

It is true that a recent Reuters poll found that 39 percent of Americans believe the election was “rigged.” (Twenty-two percent “strongly” agreed with that statement and 17 percent “somewhat” agreed with it.) However, the argument that Mr. Cruz is making is circular and misleading. Since the moment Joseph R. Biden Jr.’s victory became clear in November, Mr. Trump has repeatedly and forcefully told his supporters that the election was illegitimate. Mr. Trump and other Republicans made this argument before polling showed that many Republicans believed it, and are now citing the fact that people believe them as evidence that the false argument is correct.

Mr. Trump, speaking in Washington before the proceedings began in the Capitol, was suggesting that a last-minute batch of fraudulent votes deprived him of victory in key states, when in fact what played out was a normal vote-counting process. Election officials had warned for months that counting ballots might take days or even weeks to complete, given the prevalence of absentee ballots this year. Studies and experts predicted that Mr. Trump could lead on election night in key states, but that lead could be slowly eroded as officials continue to count mail-in ballots. That is what happened in many states.

His false assertion was one of many baseless claims he has made in recent days about election fraud.

How Biden's Cabinet compares to the nation

Trump Departs Vowing, ‘We Will Be Back in…